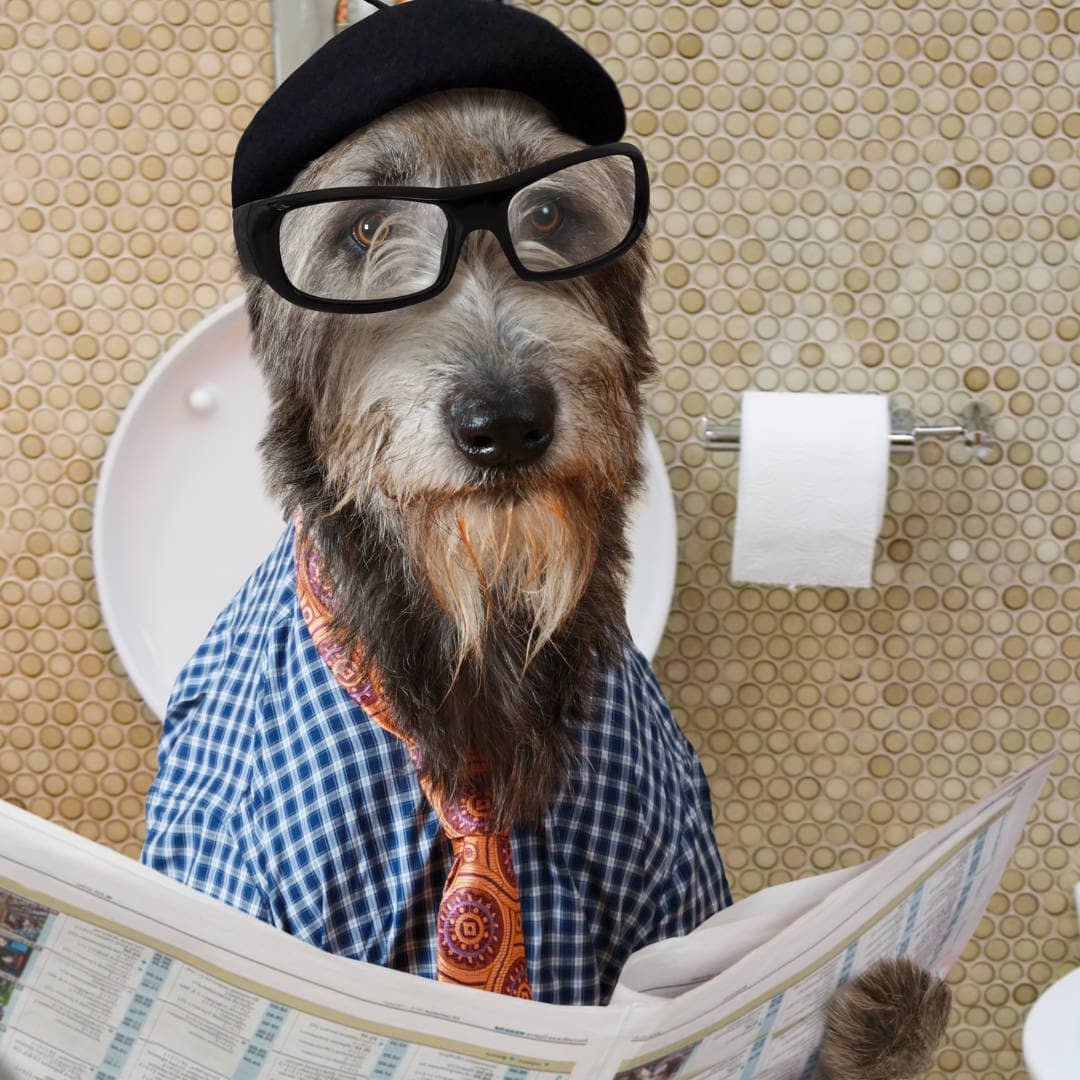 It’s Potty Time! How Long After a Dog Eats do They Poop?

They say what goes in must come out, right? But how long after a dog eats do they poop? That’s a popular question and we’ve got the answer!

But sometimes, it seems like it may be taking longer than you’d expect for a dog to poop and you wonder, “How long after a dog eats will they poop?”

Is It Potty Time?

Dogs are a lot like humans when it comes to digesting and getting rid of the waste after it’s passed through. For the most part our digestive system is basically designed to do a bang-up job of moving food through, helping our dogs absorb nutrients and then sending it out the old poop chute.

The truth is, though, it doesn’t always. Poor diet, poor supplementation, illness, courses of antibiotics, obstructions and ingesting of things that shouldn’t be ingested can cause a backup and it may take a long time after a dog eats to poop. Sometimes it can be as easy as a little exercise to get his bowels moving, but sometimes there’s more to the digestive story.

Digestion is a process and takes time, and dog digestion starts when your dog takes his first bite of food. Unlike humans, though, who chew, chew and chew before they swallow (or they should), dogs don’t really chew their food that much. Their teeth tear at it a bit as they’re taking more food in, but it’s their saliva that helps to start breaking the food down to pass through the digestive tract.

As it goes through the esophagus to the stomach, it’s chyme time. Chyme is what the food, water and stomach acids combine to make to help it get through the rest of the digestive tract. It takes a trip into the small intestine, and more specifically, the duodenum. While it’s there, digestive enzymes and hormones your dog started to make when he started to chew take out some acidity of the food so it can move into the next part of the small intestine–the jejunum. The jejunum is a pretty important part of your dog’s digestive system, as that’s where it works to start extracting the nutrients from the chyme for your dog’s absorption. After this, it hits the last part of the small intestine, the ileum, and any of the remaining nutrients in the chyme are absorbed.

Once this is done, the chyme moves into the large intestine and all the water is removed. Good bacteria designed to ensure there’s nothing beneficial left in the waste give it a once over before it starts getting shaped into the lovely, tubular package of poop that comes through their rectum and anus. Preferably in easy-to-pick-up consistency and color.

Dog Poop Schedules: How Long Must I Wait?

Dogs are like people–they are all different and have different pooping schedules. Some dogs will pretty much poop as they finish eating, while others may take awhile (a half-an-hour or so) to go. Some have sort of ‘trained’ their bodies to go on their human’s schedule (it’s often where they’re let out, fed and then let out again, giving a before and after opportunity for relief).

A dog’s colon is designed to trigger a pooping process, and it does so as soon as a dog’s stomach signals to the colon that it’s full. So, typically, it’s within 30 minutes or so after a dog eats that he poops.

Some dogs poop after every meal; some dogs poop two-three times a day, depending on their ‘going out’ schedule. Because dogs will use urine to ‘mark’ and ‘scent’ as well as to eliminate when their bladders are full, you will likely see them pee more often than they poop.

What’s Too Long For A Dog To Poop?

When your dog poops, it’s not the food he just ate that you’re seeing. It’s the waste of the food you fed him likely the day before. Dog food will stay in a dog’s stomach longer than it will in a human’s, but if your dog isn’t pooping within a half-hour, you may need to worry about constipation.

Signs of constipation include hard poop, straining when pooping, abdominal cramping or whining when he’s trying to go. If the poop looks more like raisins than pudding, you’ve got a problem, as constipation can lead to obstruction and that can get serious.

Bernie’s Perfect Poop To The Rescue

The good news is that you can stave off canine constipation pretty easily by giving your dog Bernie’s Perfect Poop with every meal. Perfect Poop has digestive enzymes that start helping break down the food from the first second your dog starts to eat, and the premium fiber in Perfect Poop keeps the chyme moving through with just the right speed and water consistency. The pre- and probiotics help keep his gut healthy and flourishing with benefits and immunity protection, and all that combined keeps things moving smoothly and in a timely manner.

Not to mention it’s a delicious add-in for dogs that makes them feel like they’re getting a treat with every eat!

I’m just going to be honest.
When you need to poop, but can’t?
It stinks.

Pretty literally too, if honest, not to mention it hurts.

But Bernie’s Perfect Poop makes poop perfect–and it helps make it come when it should, not after it’s been sitting in the bum for what feels like forever.

There’s a reason we call it Perfect Poop–and we think the fact that your dog won’t be stopped up if he uses it speaks for itself! 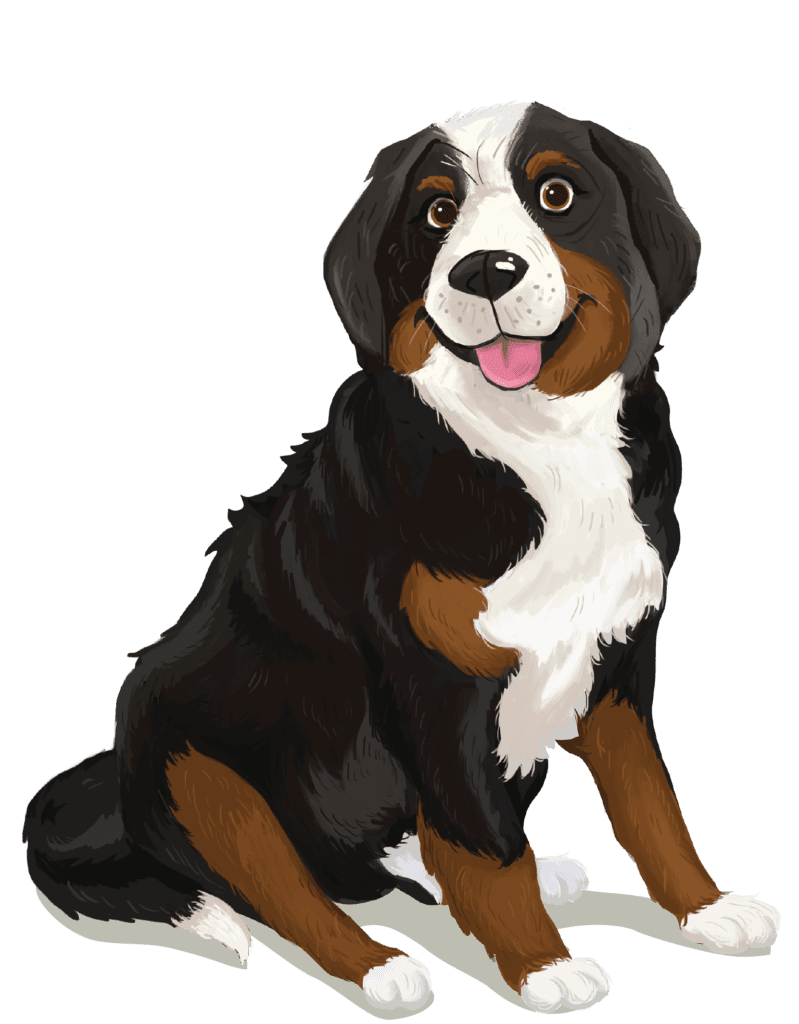